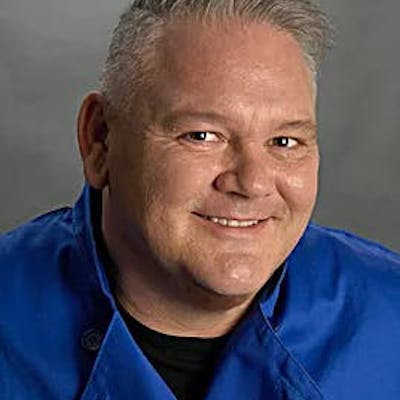 A cross between an Anthony Bourdain and a Gordon Ramsey character. Chef Scott or Cheffie as his friends like to call him, is larger than life character with a raspy voice and a contagious laugh. He has traveled to some of the most remote regions of the world cooking for a celebrity clientele as a private chef in 5 star hunting and fishing lodges. He is a force to be reckoned with behind the stove, an avid storyteller, a Toronto lover and a stroke survivor. An offal hater, a beer & whiskey lover and street food junkie, he is affectionately known as city’s unofficial culinary ambassador and Toronto’s original food tour guy. 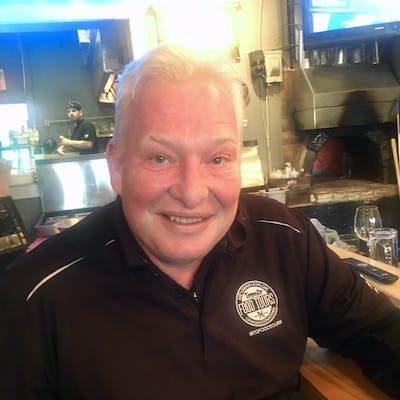 A talented tapster, eager cork puller and tale weaver John has spent his whole life in the hospitality industry. From his humble beginnings as a busboy, he knew he always wanted to own his own place. Always the entrepreneur he has bought and sold several of Toronto’s popular bars and grills. A staunch Scotsman, a die-hard sports fan and a history buff the bar business run in his veins. After 25 years as a publican, he sold his last restaurant and bar a few years ago and teamed up with Chef Scott to showcase the best of the city’s food & drink scene. 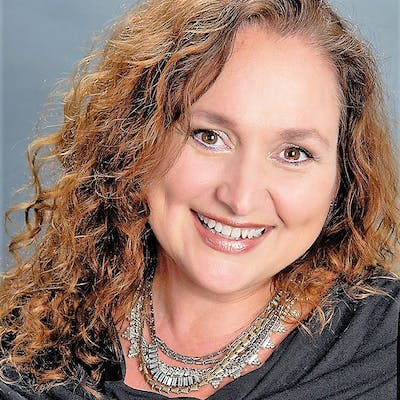 She is a Brownie Baker and an Eager Wine Taster! Suzanne studied Hotel and Convention Management at Centennial College. She has worked in hotels, as an Event Planner and has become an expert in the travel trade. You will regularly see her at our events and corporate bookings making sure that everything runs smoothly. She is extremely organized, detail oriented and excels at customer service. She heads up business development for the travel trade and manages our relationships with our global partners and tour wholesalers. Her favourite food is scallops so if they’re on the menu at our events watch out that she doesn’t steal ’em from you. #justkidding… She is way too professional for that.   Suzanne will join Tracey this fall in the sommelier course. 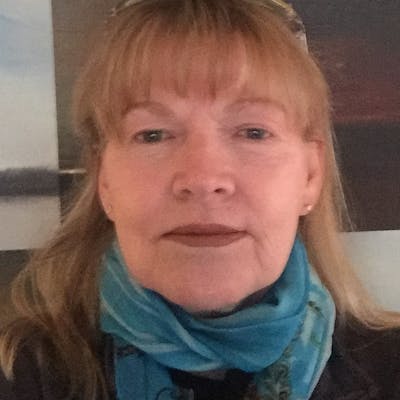 Lee is the cheerful voice you will hear when you call the office. With 17 years as a Concierge in one of the biggest hotels in Canada, she is the go-to guru when Chef Scott need to find the impossible. She knows and loves the city and it shows. Giving recommendations for food and fun is what she does best. Lee graduated with honours in Tourism & Hospitality program at George Brown College. She is an avid golfer, a pizza junkie and loves the winter. As the personal assistant to Chef Scott so she knows a thing or two about trying to handcuff a fish. 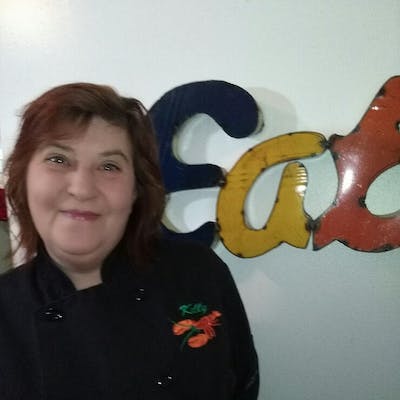 This gal can cook! With over 30 years of experience Kelly has done it all, from fast food to hospital kitchen to hotels, she definitely knows her food. Her east coast charm and her street smart attitude make her a force to be reckoned with both in and out of the kitchen. She has a passion for Asian food and is gaga for the noodles at Swatow, a fukien restaurant on our Old Chinatown food tour. Kelly used to be the “Queen of the Cart” in her hometown of Moncton New Brunswick where she owned and operated several street food carts. Before joining TFT she was a Culinary Instructor at Loblaws. 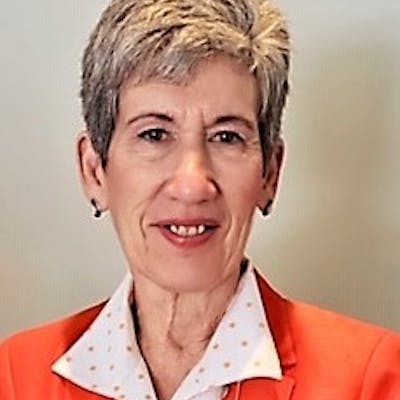 This woman has forgotten more kitchen tips and tricks than most people know. Patricia is a Home Economist with a B.Sc. in Nutrition from Western University. Patricia has also completed her certificate for Professional Fromager from George Brown College. She was employed by Kraft Foods for many years in the test kitchen. With her successful consulting business Perfect Taste, Patricia has done recipe development and tastings, event planning and food styling with many marketing boards. Patricia organized the Jam, Jelly and Pickle competition at the Royal Agricultural Winter Fair for 12 years. She is a no-nonsense kind of lady with an eye for detail and a get it done attitude. We love her! 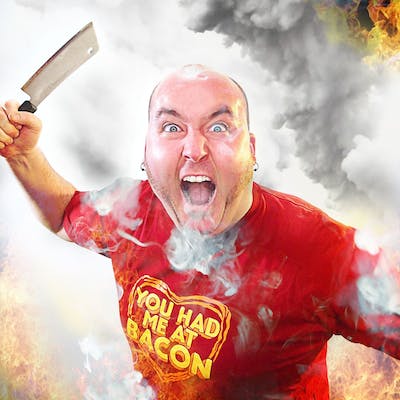 Jason is a trophy-winning competition BBQ pit master and the man behind the magic at The Pork Ninja’s BBQ Team. He has competed in competitions all over Canada and the USA including the Royal, Memphis in May and the granddaddy of them all The Jack Daniels in Tennessee. A member of the Kansas City BBQ Society and a certified KCBS judge, this man know his ‘Q. He is also the owner of EARLSCOURT BBQ serving up some of the best damn BBQ in Canada. When not entertaining customers in his restaurant and brown liquor bar or tending to his smokers, Jason teaches BBQ classes with Chef Scott and they have been doing it since 2010. Jason is a low and slow kinda guy. His motto Eat, Drink & Smoke Pork! 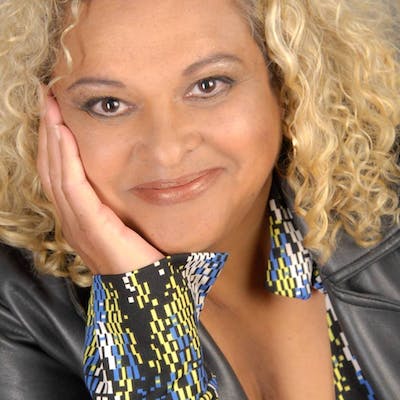 This girl not only knows how to throw a party but rest assured that the food and decor will be off the charts. Tracey is a larger than life personality with an infectious laugh and a deep sense of community. She loves giving back and helping out others. She is one of the most creative people we know. She can turn a farmers barn into a Hilton Hotel and she has. Her relationship with food is over the top, she loves fresh local ingredients and well-executed dishes. She was a regular at Le Cirque New York, one of it’s most famous restaurants when she lived there. Tracey loves to cook and is very adventurous in the kitchen (Rabbit Bacon anyone?) Her home kitchen is a chefs dream and she loves hosting dinner parties and iron chef cooking competitions. When she is not doing her side hustle with Chef Scott she can be found scouring auctions or farmers markets. Tracey is also an accomplished realtor and partner in a home staging company. She previously lived in Bermuda where she was a buyer for a luxury department store. Wine + Cheese + Chocolate is her guilty pleasure so it’s only natural that she teaches our Perfectly Paired class and helps out on our Prince Edward County Wine Tour. Tracey plans on taking a Sommelier course in the fall. 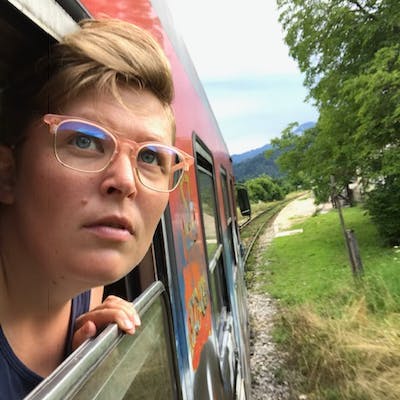 Bari grew up in the Big Apple and like most New Yorkers has the passion for food to prove it. She moved to Toronto from San Francisco where she gorged herself on sour dough and ciopinno. Her love of travel and history is only overshadowed by her love of food. Her favourite culinary memories are based off of her travels…Vietnamese Bahn Mi sandwiches (cilantro excluded because it tastes like soap she says!), New York style Pizza, San Francisco Mission Style Burritos, Italian espresso, Gelato (twice a day if she could get it) and a passion for European food that she developed while studying for her masters degree in the Swiss Alps. Since moving to Toronto she has developed a soft spot for Toronto Roti and Ontario Butter tarts. When not telling the story of our city through food and history, Bari practices the fine art of being a barista at a local java joint. 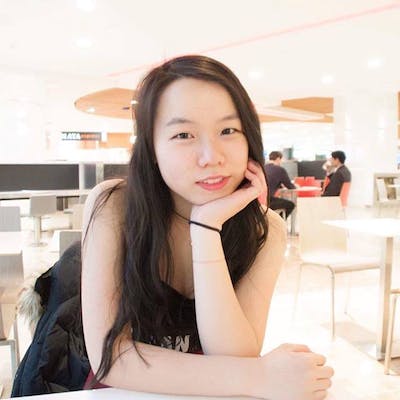 Originally from Vancouver, Samantha has never met a food she didn’t like!
She can usually be found spending her free time exploring Toronto’s food scene. Known for always taking photos of her food… she is a firm believer that phones eat first! She is a passionate traveler, an accomplished rider and a bubble tea connoisseur. In the summer of 2017, she did an internship at Walt Disney World in Orlando, Florida as part of her studies in hospitality and tourism. Imagine having lunch with Micky Mouse everyday… how cool would that be! She loves Corgis more than the Queen herself and growing up Samantha dreamed of competing as an equestrian in the Olympics

Join the TFT Team – We are always looking for people with a passion for food and this terrific city.

Send us an email telling us about yourself and your passion for all things food.