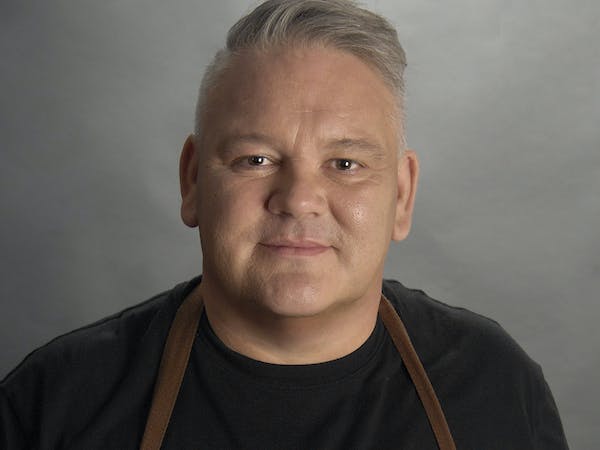 Chef Scott Savoie is Toronto’s original “food tour guy,” a pioneer of Toronto’s culinary tourism industry. This gregarious chef has spent close to a decade building a food tour empire, using his insider knowledge and East Coast charm to capture the hearts and palates of clients from around the world. Although his name is now synonymous with food tourism in Ontario, Chef Scott came from humble beginnings. He earned his love of food honestly at his mother’s apron strings in small town north New Brunswick, and took his first restaurant job at just 12 years old. Although he started sweeping sidewalks and wiping windows, he quickly made his way into the kitchen, learning how to peel potatoes and do basic prep work. Eight years later and Chef Scott would purchase that very same café, opening his first restaurant called Scotties.

Over the next 3 decades, Chef Scott would lead a storied career – and if you ask him, he’ll gladly tell you about it. His entrepreneurial spirit and talent as a private chef have seen him cook for celebrities like Sarah McLaughlin, Avril Lavigne, and George Canyon. He also spent five of these years working in some of the world’s most remote places as chef for a number of private five-star hunting and fishing lodges. Serving celebrities like comedian Jeff Foxworthy and NASCAR legend Richard Childress one night and fighting off a bear the next proved to be a tough gig, but it allowed Chef Scott to travel the world, cooking on four continents before finally settling down in Toronto.

It was here that Chef Scott would launch his first culinary tour company in 2010. He spent the next five years hustling to establish himself as Toronto’s unofficial culinary ambassador. He became a member of Tourism Toronto, Attractions Ontario, The Toronto Attractions council, and the Riverside BIA, and was offered a seat on the Program Advisory Committee for Culinary Tourism at Centennial College and the Culinary Tourism working committee for the city of Toronto.

Unfortunately, life dealt Chef Scott a setback in December 2015, when he suffered a stroke that would severely affect his speech and coordination. Over the next three months, he would fight to regain his faculties but out of strife came a new beginning. Toronto Food Tours was founded in April, 2016. The company is the result of a partnership with friend and restaurateur John Anderson, who brought with him impressive business acumen. Paired with Chef Scott’s natural talent, drive, and storytelling ability, the two have established themselves as Toronto’s culinary tourism authority.

Chef Scott is the founder of the Riverside Charity Antler Breakfast, Riverside Wine Fest and is a current member of Slow Food, the Culinary Historians of Canada, and the Mycological Society of Toronto. He is also humbled to have been one of the only non-Red Seal chefs offered membership in the International Association of Chefs.